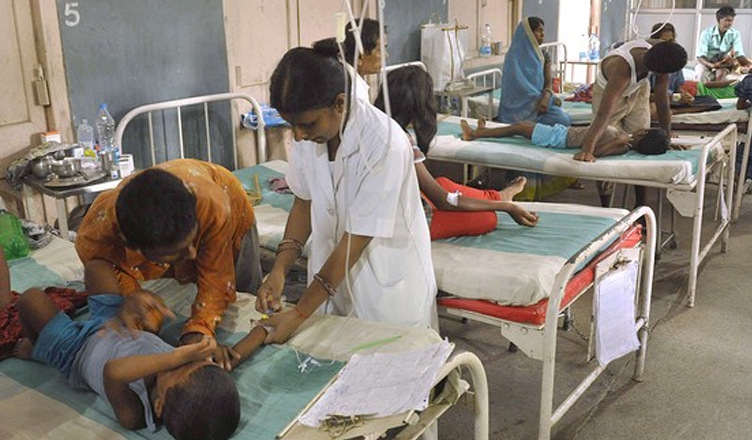 According to All India Radio (AIR), the deaths have been reported to have taken place in the past 12 days.

The state government has stated hypoglycemia (low blood sugar level) as cause of death and has not cited AES as the main cause.

Dozens of children are admitted in Sri Krishna Medical College and Hospital (SKMCH) and Kejriwal Matrisadan in Muzaffarpur and many out of them are in a critical condition.

A multi-specialist high-level team, constituted by the Centre, visited Bihar to take stock of the situation and assist the state government in the containment of the same.

State’s Director-in-Chief (disease control) RD Ranjan, along with a team of Health Department officials also visited the town to assess the situation.

“We have received instructions from the chief minister to ensure that preventive measures were taken in the 12 affected districts, though deaths have so far been reported from only Muzaffarpur,” News Nation quoted Principal Secretary (Health) Sanjay Kumar, as saying.

“Stern action will be taken against officials who are found to be lax in ensuring distribution of oral rehydration solution and spreading of awareness regarding preventive steps,” Kumar added.