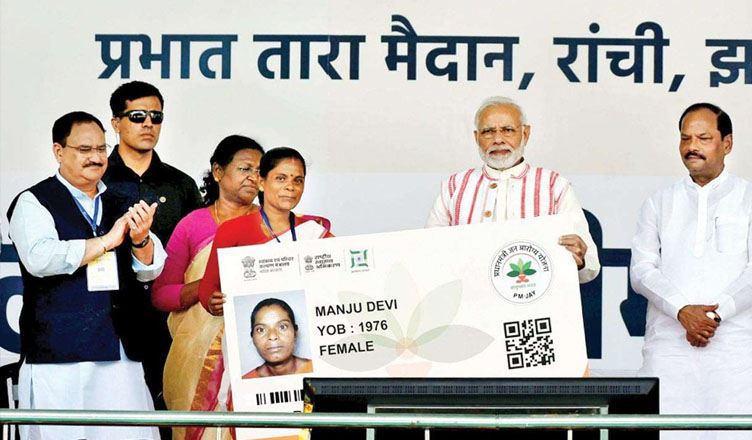 India’s biggest healthcare scheme, the Pradhan Mantri Jan Arogya Abhiyan (PMJAY), popularly known as Ayushman Bharat, was rolled out by Prime Minister Narendra Modi on Sunday. However, it did not get acceptance from five states namely, Telangana, Odisha, Delhi, Kerala and Punjab.

The reasons cited by these states vary from having better health assurance schemes to the Centre not addressing the concerns raised by them.

The Ayushman Bharat National Health Protection Scheme (AB-NHPS) was announced in the annual budget in February, in which an insurance coverage of Rs. 5 lakh per family was promised to about 10 crore of the poorest families.

Telangana argued that while Ayushman Bharat will only benefit 80 lakh people in the state, its own Aarogyasri scheme covers 70 per cent of the state’s population.

Kerala Finance Minister Thomas Isaac questioned the implementation of the scheme at such a large scale.

“The subsidy ceiling for the current RSBY scheme of Rs. 30,000 benefit is Rs. 1,250. The subsidy for the Ayushman scheme, with benefits of Rs. 5 lakh, is Rs. 1,110. Is it possible to have such a jump in benefits for lower premium?” he asked the newspaper,” NDTV quoted him as saying.

Delhi also expressed its dissatisfaction over the number of people covered under the scheme, which is only 3 per cent of Delhi’s 2 crore population.

Under the scheme, the states and Centre, both, will contribute towards funds, but the ratio will differ from state to state. On the one hand, funding of most of the states will be shared in the ratio of 60:40 with Centre contributing the larger portion and on the other hand, states like Himachal Pradesh, Uttarakhand, Jammu and Kashmir and north eastern states will get funding in the ratio of 90:10, with Centre again, contributing the majority.