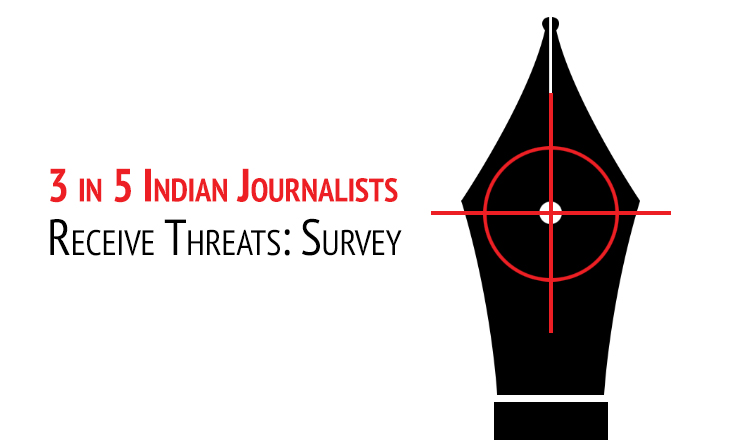 According to a survey, about three in five Indian journalists receive threats or pressure at some time of their career, mostly through social media platforms like Facebook and Twitter as well messaging app WhatsApp, news agency IANS reported on Friday.

According to the survey conducted by Vision Foundation in association with the National Union of Journalists (India), 35 per cent of those who faced threats/pressure believe that they were targeted because of the story reported by them.

Also read: You will now have to pay more for express trains tickets

Talking about medium, 17 per cent of those surveyed received threats via WhatsApp or text message while around 46 per cent were threatened via Facebook or Twitter.

As many as 823 media professionals were surveyed under the “Threats to Safety of Journalists in India” survey, out of which 21 per cent were female.

In 2019, at least four journalists were reported to have been killed due to work-related issues.