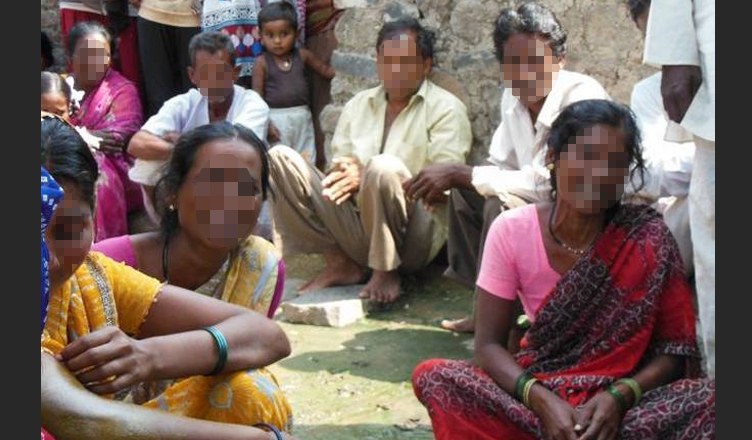 After being allegedly ostracised by the upper castes, twenty-four scheduled caste families were forced to leave their village, Rudrawadi in Udgir taluka in Maharashtra’s Latur district.

The 24 Matang families left the village after shopkeepers stopped selling them groceries, people from village stopped employing them on their farms and even, limiting their freedom to move around in the village.

It all started when the Dalit families lodged a complaint against upper caste men for allegedly assaulting them for visiting a temple.

On May 8, a groom and his relatives visited the village temple to seek blessing of God Maruti. Since, their community was not allowed to enter the temple, they just touched the last step of the temple.

But, this was enough for the upper caste men to create an issue, who then assaulted 2-3 men from Dalit community. As a result, they faced retaliation from their side as well and one of the boys from the upper caste got a stretch.

However, the elders from the Matang community apologised and both the groups decided to hold a meeting on May 10.

Also read: Minor boys arrested in Yogi’s UP for being Dalits

Things did not turn out to be as planned. Instead of holding a meeting, few men from upper castes entered that boy’s house who caused the scratch on the upper caste boy.

On May 11, the members from the Matang community lodged an FIR in Wadhwana police station. The police filed an FIR against 23 people under Atrocities Act, but the Matan community people alleged that the police did not arrest anybody for many days.

However, the police denied the claim saying they arrested 16 people out of 23 and were sent to judicial custody. But, they got out on bail on June 7.

Now, the Matang families, who are living in a vacant government hostel building at the outskirts of Udgir, are scared since the accused are out. In fact, they have alleged that after the people were released on bail, they had come there and threatened them.

They just want the government to rehabilitate them to a place where they can work also, as they know that they won’t be able to live in a secure environment if they return to their village.

Is the government listening? The least they could do is provide them security and also, rehabilitate them and provide them with jobs so that they can survive and live a secured life.