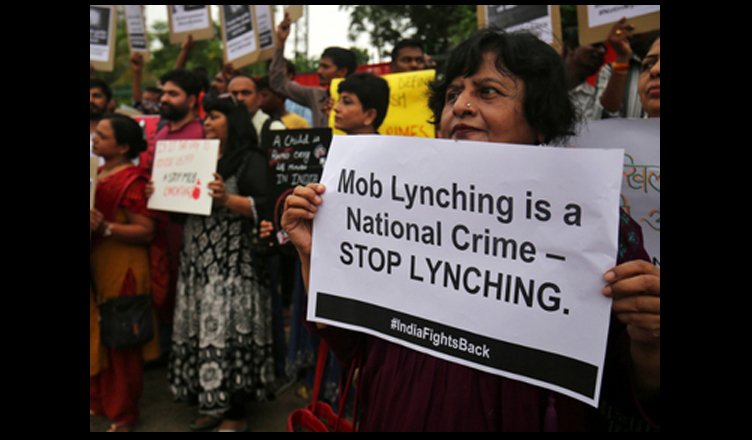 Of the 218 documented incidents, 142 were against Dalits, 50 against Muslims, and eight each against Christians, adivasis and transgender people. Along with 87 killings, 97 incidents of assault were also reported.

Majority of the victims in these hate crimes against marginalised groups, belonged to the Dalit community, as can also be seen by the figures given above. Dalit women were victims in 33 of 40 incidents of sexual violence.

For the third consecutive year, Uttar Pradesh, with 57 incidents, was the state with the highest number of reported crimes, followed by Gujarat, Rajasthan, Tamil Nadu and Bihar.

According to the report, the two common instances of alleged hate crimes were cow-related violence and ‘honour’ killings.

The tracking of hate crimes was started by Amnesty after the lynching of Mohammad Akhlaq in Uttar Pradesh’s Dadri in September 2015. Since then, it has recorded 721 incidents.

“The first step to ensuring justice and ending impunity for hate crimes – where people are targeted because they belong to a particular group – is to highlight their occurrence,” news agency PTI quoted head of Amnesty India, Aakar Patel, as saying.

“Unfortunately, the true extent of hate crimes in India is unknown because the law – with some exceptions – does not recognise hate crimes as specific offences. The police need to take steps to unmask any potentially discriminatory motive in a crime, and political leaders must be more vocal in denouncing such violence,” Patel said.