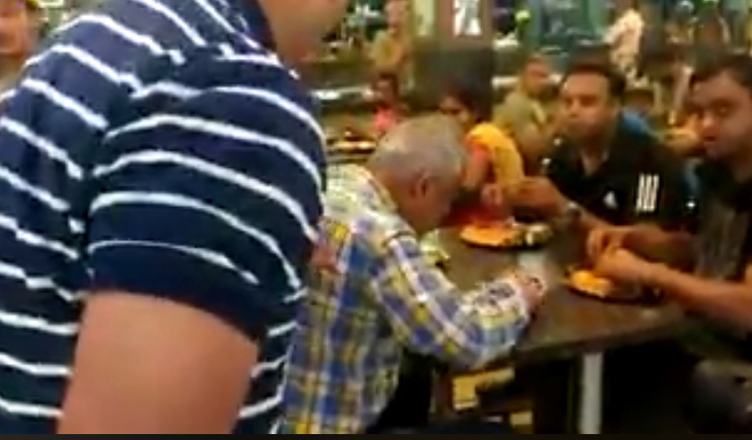 A video was posted by Girish Alva, an ardent Modi fan, on Twitter, the video shows people walking up to senior journalist Rajdeep Sardesai in a Bengaluru restaurant and accusing him of hating Hindus. In his tweet, Alva proclaimed that an unknown techie shouted at Rajdeep Sardesai sayings “you were born in India, don’t hate Hindus.”

During breakfast in a Richmond Circle restaurant, unknown angry techie shouts at him:

Techie: You are born in India, dont hate Hindus.
Rajdeep: Don't you hv any decency.
Techie: You dont have decency. U spread so much crap in news! pic.twitter.com/9JpU8UWmYM

Sardesai has been covering the election in Karnataka to cover the upcoming elections was having breakfast at a restaurant when the incident took place. In a tweet following the incident said that everyone in the restaurant came up to him and apologised for these ‘goons’ behaviour saying that they do not represent Bengaluru or India.

Thanks my friend! What these guys won't tell you is how everyone in restaurant came up and said sorry, these 'goons' don't represent Bengaluru or India sir! There is hope!? https://t.co/dgo8Nehcqy

There has been a disturbing trend of attacking journalists online for reporting any news that shows PM Modi in a bad light. A recently released report of press freedom around the world has shown that under the Modi government, Indian journalists and media houses are increasingly worried about their safety. According to the Press Freedom Index by Reports Without Borders, India fell two places from 136 in 2017 to 138 in 2018. In 2016 India ranked 133. The report takes 180 countries into consideration

The report said that apart from the murders of journalists that are outspoken about the government, like Gauri Lankesh who was murdered in September 2017, hate speech against journalists has increased since 2014. Media houses have also been hesitant to report on anything that could show the BJP government in a bad light.