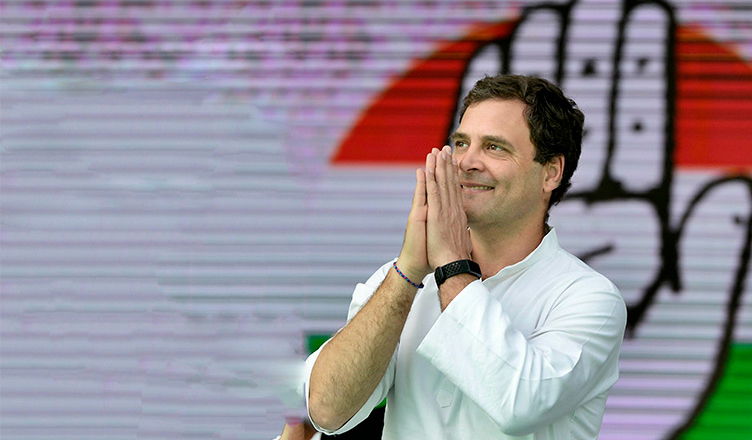 The Congress on Sunday announced that party President Rahul Gandhi will be contesting from two seats – his constituency Amethi, and Wayanad in Kerala.

“Rahul ji has given his consent to contest from two seats, very happy to inform you that he will also contest from Wayanad in Kerala,” Kerala Congress leader A.K. Antony announced in a press conference.

Reacting on question if Rahul Gandhi was not confident in Amethi and that is why he has chosen to contest on two seats, Congress spokesperson Randeep Surjewala, who was also present in the press conference said, “Why did Modi ji leave Gujarat and contest from Varanasi? Was he not confident in Gujarat? These are immature and childish comments. She (Smriti Irani) will complete a hat trick of losses.”

Rahul Gandhi will be addressing rallies in Andhra Pradesh and Karnataka today.

He’ll be addressing rallies in Andhra Pradesh’s Vijayawada and Anantapur.

After Andhra Pradesh, Gandhi will head to Bengaluru, Karnataka, where he will address a joint rally along with Janata Dal (Secular) (JD(S)) chief HD DEve Gowda.