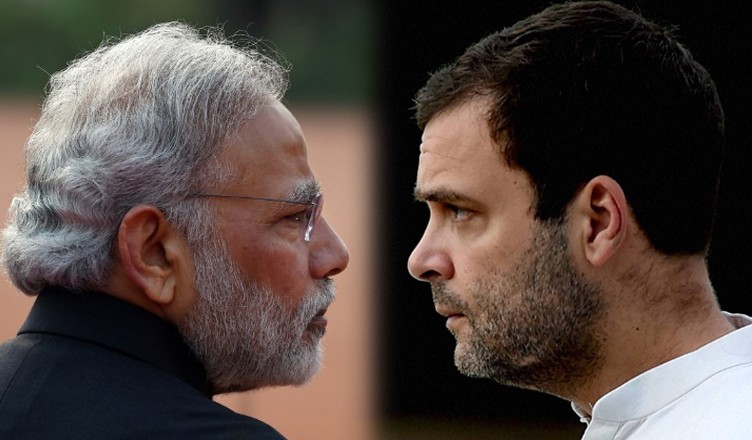 The sheen is off the Narendra Modi government. If the smarting defeats in the Uttar Pradesh by-polls were not enough, this was followed by some allies parting ways, and others speaking out about tolerance. When Ram Vilas Paswan advises you on course-correction, you know that the disenchantment on the ground is for real. When seasoned turncoat Nitish Kumar talks about “communalism”, you know something is afoot. The Congress looks rejuvenated after its three-day plenary session, with its new president Rahul Gandhi sounding the bugle of the pitched, long-drawn battle between the Kauravas and Pandavas. Change is palpable. From the Modi government, there is a nervous quiet. All eyes are looking to the government to gauge if it is planning something grand as yet another distraction. Something a la the surgical strikes.

In the meanwhile, however, while the Opposition meets and greets, and while Mamata Banerjee courts KCR, what are the planks over which the 2019 elections will be fought? What will be the talking points? To decipher this, one does not need to speak to analysts or intellectuals. A casual, fireside chat with the average Modi fan provides some telling insights. I tried doing this of late and came home with some ideas. For instance, the person I was talking to opened the conversation, not with Modi or his “work” or “achievements”, he did so with Rahul Gandhi. He spoke at length about how he was not “Indian enough”, about how he had not “made his way from the bottom to the top seat”. Mentions about Modi only came second to this. Then came the bit about how Modi was one amongst “us” and was working really hard to transform the system. Finally, came the bit about how the allegations of corruption against Modi were motivated. “Kuch toh log kahengey”.

Full disclosure: All this talk was sans any provocation.

I believe in this conversation lies the crux of what 2019 is going to be about. To counter the show of Opposition unity, the North Korean channels have insinuated that the Opposition is making it all about Modi. No, it is not the Opposition that is doing so.

Making it all about Modi is the last resort for the BJP.

This is the only plank they have left, as they don’t have much to show for the last four years of Modi being the PM. Modi’s personal popularity, his “hard-work”, his “victimisation” is going to be the pitch that the BJP will develop into a growing crescendo. That is the only way to walk into 2019. They are going to pitch Modi versus — not Rahul Gandhi — but the Nehru-Gandhi family. The strategy is going to be to ask the voters to make a choice between 48 years of Nehru-Gandhi rule vs 4 years of Modi. Having made this point, the Prime Minister is going to ask the people for another term. These days, one just has to study the messaging being broadcast by the North Korean channels to gauge what the government or the ruling party is thinking.

Therefore, take a look at this:

Not only is the BJP going to throw its weight behind Modi, it is also going to compare it with a Congress-led coalition, and say that the choice is between a “strong” government and a ragtag setup, put together by a motley group of parties. So the BJP’s call is for a simple majority government led by Modi, not even a coalition.

That’s because if Modi is short of numbers and the veto power rests with allies, then he will not be PM in all probability.

What then will be the Opposition’s main poll plank? Should it target the Prime Minister in its campaign, or will doing so only help him generate sympathy? My considered view is that the Congress and the rest of the Opposition should go for the jugular. It should go for the Prime Minister. Rural, unemployed youth, the lower classes, those who are employed in the informal sector don’t have much love lost for the Prime Minister. His main support base, despite his policies messing up their monthly budget, remains sections of the middle class who are still too enamoured by ‘The Great Indian Dream’. Be it the small trader, or the next door Mom and Pop grocer shop owner, the disenchantment is hard to miss. The Opposition has to tap into this simmering discontent and make it all about Modi. Be it Demonetisation, GST, jobs, farm distress, public health, or China’s increasing expansionist tendencies, they have to find a way to tie everything back to Modi.

The truth is the Modi government has over-promised, and grossly underperformed. Save for the extremely routine surgical strike exercise, that is almost never politicised, this government has no feathers in its cap. Therefore, in terms of ammunition, there’s a lot for those in the Opposition. They have to work on the developing perception that this is a corporate-friendly government that works for the rich. The Opposition has to play on the fact that there is a lot of emotional distance between the Modi and the last man in the line. So the best strategy would be to go all out, and the bring out all the weapons in the arsenal — suit boot ki sarkar, Maun Modi, replaying his pre-election speeches — whatever it takes. In the game of perceptions, Modi is fighting an uphill battle. Therefore, the best bet will be to make it all about Modi. The key to 2019 will be in making the voter realise that he has been betrayed and that someone exploited his good faith to get to the top, and then done absolutely nothing.

However, there’s a subtle difference between making it all about Modi, and making it a Presidential contest.

In no way, must this become a Presidential battle, because in terms of personal charisma, credibility, and pull, Modi, is yet to become a spent force. In fact, if you separate him from the BJP, there is really no real organic allure for the saffron party. Yogi is a long distance away from national acceptability. There is no one in the cabinet that comes even close. The BJP needs Modi more at this moment than vice versa.

A referendum on Modi is the only way the Opposition can realistically get the numbers to deny him a second term.