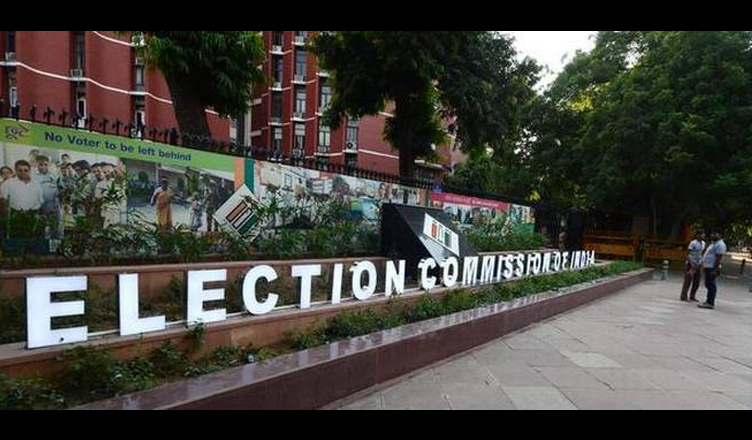 Raising questions over the “procrastination, silence and inaction” that characterised the Election Commission of India, over 145 retired civil service officers, military veterans and renowned academics have written an open letter to the poll body.

“The 2019 General Elections appear to have been one of the least free and fair elections that the country has had in the past three decades or so,” they wrote in the letter.

“Viewed in totality, there is no doubt that the mandate of 2019 has been thrown into serious doubt. The concerns raised are too central to the well-being of our democracy for the ECI (Election Commission of India) to leave unexplained. In the interests of ensuring that this never happens again, the ECI needs to pro-actively issue public clarifications in respect of each of these reported irregularities, and put in place steps to prevent such incidents from occurring in future. This is essential to restore the people’s faith in our electoral process,” the letter states.

Here are some of the points that the letter raised:

The bias of the Election Commission towards one particular party became evident from the date of announcement of the elections. The announcements of the 2004, 2009 and 2014 Lok Sabha Elections were made by the ECI on February 29, March 1 and March 5 respectively of those years. The announcements of State Assembly elections, due in April-May, also used to be made between March 1 and March 5. But this convention was not followed for the 2019 Lok Sabha Election and the announcement was delayed, without any explanation or justification, till March 10, 2019.

The announcement was delayed till March 10. This led to the reasonable doubt that the ECI deliberately delayed the announcement to enable Prime Minister Narendra Modi to complete the inauguration blitz of a slew of projects (157 of them) that he had scheduled between February 8 and March 9.

The election schedule raised many eyebrows. It was the longest election in the country’s history, and gave room for suspicion that it had openly and unabashedly favoured the ruling party at the Centre.

There was no apparent rationale to the number of polling days fixed for different states. In states like Tamil Nadu (39 seats), Kerala (20), Andhra Pradesh (25) and Telangana (17) where the BJP is weak and had no likelihood of winning, the polling was held in a single phase.

In states with comparable or fewer Lok Sabha constituencies, such as Karnataka (28), Madhya Pradesh (29), Rajasthan (25) and Odisha (21), where the BJP faced tough competition or was likely to gain ground, the polling was scheduled in multiple phases, possibly to give the Prime Minister more time for campaigning.

The blatant flouting of the model code of conduct by many candidates, in particular the making of hate speeches and communally loaded statements by candidates, primarily of the BJP, was initially blithely ignored by the ECI on the plea that it had no powers to take action.

Only when pulled up by the Supreme Court did the ECI suddenly discover its powers, even then exercising them selectively on the small fry and ignoring the more egregious cases of violation by the Prime Minister and the BJP party president.

Even the strongest action that it took, viz. the curtailing of the campaigning in the last phase in West Bengal, was done in a manner so that the PM’s campaign could be completed before the ban came into effect.

Its partisanship confirmed, the approach of the ECI further emboldened the Prime Minister, (BJP president) Amit Shah and other party representatives.

The Prime Minister’s blatant misuse of the Pulwama and Balakot issues to whip up nationalistic, or more correctly, jingoistic fervour and channel it in favour of the BJP was another shocking violation of the MCC. The Election Commission strangely did not even issue a show-cause notice to the PM for these repeated violations though the incidents were reported by the State Election Commissioners and there was a divide within the ECI itself on whether or not there was a breach of the MCC. The ECI ignored the difference of opinion and merely dismissed the incidents.

A serious matter in which the ECI exonerated the government of wrongdoing was the misuse of official machinery. The Niti Aayog had officially written to the various UTs and some districts in the country to provide local information about the area since the PM was likely to visit these places. This was done so that the information could be used in the Prime Minister’s election campaigns. Even though this was a blatant violation of the MCC, the EC merely dismissed the complaint.

Refusal of the ECI to take note of media violations:

The most blatant violation of this was the opening of a new channel called Namo TV which continuously telecast speeches and events about the Prime Minister Narendra Modi. Namo TV had, strangely, neither obtained permission from the Information and Broadcasting Ministry to go on air nor had it complied with the many regulations necessary to start a new channel. Even though the ECI ordered the channel to be closed, Namo TV continued to telecast almost until the end of the elections.

People’s confidence in the EVMs would have been greater if the ECI had been more cooperative about using the Voter Verifiable Paper Audit Trail (VVPATs) in a manner that would confirm the results of the EVMs, but from the beginning the ECI was extremely reluctant to match the number of votes recorded in EVMs with the votes in the VVPAT machines on any significant scale, despite representations by different groups, including political parties.

The ECI’s refusal to listen to,and accept, globally adopted statistical tools to determine the number of VVPATs that need to be counted to rule out any errors, or to lay down the steps that would have to be taken in case of a mismatch between the EVM and VVPAT counts, has left a cloud of confusion in the mind of the electorate.

Between the last day of polling and Counting Day, there were several reports of unexplained movement of EVMs to and from the strong rooms in various states. These movements have not been satisfactorily explained, and the ECI’s bland denial, without explaining exactly which EVMs were being transported, and why, does not inspire trust or confidence.

The request by a large number of parties to tally the EVM and VVPAT votes at the beginning of Counting Day was also turned down by the ECI without any specific reason. This was a simple request and would have satisfied many of the political parties. In fact, at every stage the ECI has refused to accommodate any request that could bolster the confidence of the electorate that the elections were conducted freely and fairly.

“A well-known academic recently wrote,”….we can only raise questions on the basis of scattered information available to us. It is not our job as citizens to offer proof of wrong-doing of the highest institutions of the land, when these institutions function in so opaque a manner. It is our job to raise questions about visible anomalies. It is the responsibility of the Election Commission to explain the anomalies,” they wrote in the conclusion of the letter.

One thought on “2019 Elections appear to be least free & fair: Retired officials, veterans write to EC”