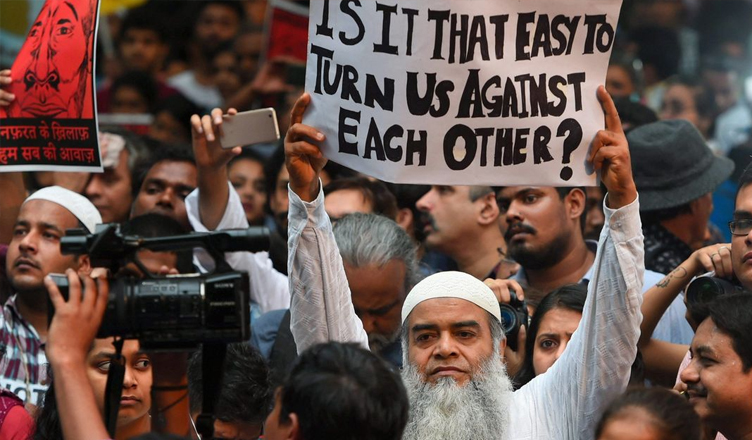 2018 saw the most religious hate crimes in a decade, with as many as 93 attacks reported as of December 26, according to Fact Checker.

Minorities were the targets in 75 per cent of these incidents.

Out of 30 killed, 8 victims were Muslim, 10 victims Hindu and two were Christian.

Uttar Pradesh, a Bharatiya Janata Party (BJP)-ruled state, witnessed the highest number of attacks (27), and which caused four deaths, followed by Bihar, which is again ruled by the coalition government of the BJP and Janata Dal (United) (JD(U)).

Out of 93 attacks, 81 incidents (75 per cent) saw minorities as being victims. Of this, 60 per cent (49 attacks) involved Muslims, 14 per cent Christians and a Sikh was the victim in one incident.

According to Fact Checker, out of 100 deaths in such attacks since 2009, 65 were Muslim, 27 were Hindu and  four were Christian.

25 per cent of hate crimes that took place in 2018 occurred due to communal clash.

Cow protection is also one of the reasons for such cases, which lead to 14 such cases in this year.

One thought on “2018 records highest number of religious hate crime”