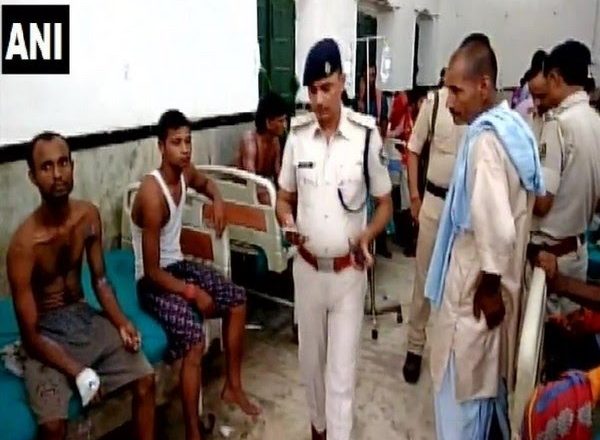 After a fight erupted between two groups in Vaishali’s Daudnagar 13 people including 3 women were attacked with acid of which 2 women have been reported to be seriously injured. Reports say the goons belonging to a different caste had misbehaved with a girl from the victim’s family a couple of days ago, following which the village panchayat called for a meeting and took a stern view of the incident.

The miscreants enraged over being summoned by the panchayat decided to teach the girl’s family a lesson and brutally attacked them with acid. Raghav Dayal, SDPO says, “People of one group attacked the other with acid. The injured are being treated at a local hospital.5 people have been arrested while the  probe is still underway” 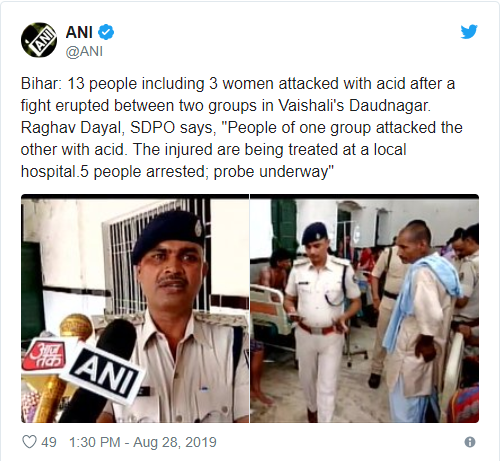 Also read: UP govt sitting on its hands as cases of mob lynching increase

5 people from other side too are reported to be injured during this incident. All the injured have been admitted to Public Health Centre, Vaishali.

It all started today morning when a member of victim’s family was beaten by the other group which ultimately led to this acid attack in which 13 people of same family were injured in acid attack. Tension has mounted up in the village and the police is keeping a check on it.