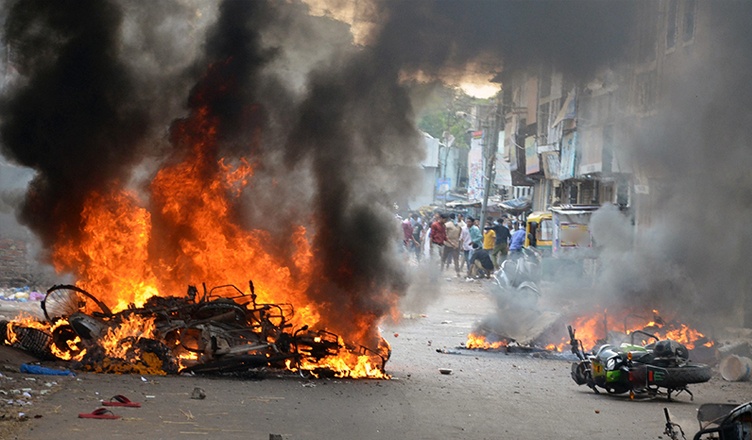 Communal violence has been on a rise since 2014.

Union Minister Hansraj Gangaram Ahir on Wednesday informed the Rajya Sabha that as many as 111 people were killed in 822 incidents of communal violence in the country in the year 2017.

This also takes attention to the large number of incidents (822) that took place in 2017.

The Minister also informed the House that 86 people were killed in 703 incidents of communal violence in 2016 and 97 people lost their lives in 751 such incidents in 2015.

In a written reply, the minister said, “The responsibility of maintaining law and order, peace and communal harmony, and actions against culprits rest primarily with the state governments and Union Territories.”

Modi Government has failed on all fronts, be it ensuring equality or protection of women.

As per the data recorded on its interactive website, ‘Halt the Hate’, Uttar Pradesh has recorded the highest number of hate crimes followed by Gujarat, Rajasthan, Tamil Nadu and Bihar.

According to the Amnesty report, a total of 67 hate crimes against Dalits and 22 against Muslims have been recorded in the first six months of 2018.

Even women’s safety is at stake.