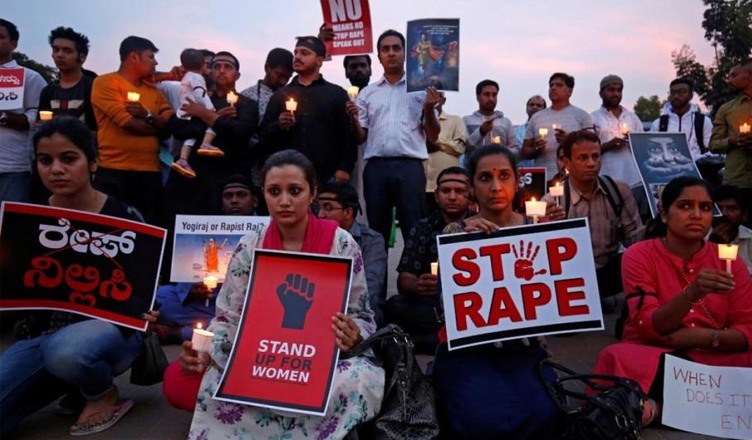 Union Minister Kiren Rijiju on Wednesday said that as many as 1,10,333 cases of rape were registered in the country between 2014-16.

Also, most of the BJP-ruled states have dismal law and order situation, especially regarding women safety.

Since Yogi Adityanath-led BJP government came to power in Uttar Pradesh, the state has witnessed a sharp rise in crimes against women.

This is not some made-up statement but was revealed by the Uttar Pradesh government itself in its reply to Samajwadi Party MLA Naheed Hasan’s question in the state assembly.

According to the reply, there has been 99 percent increase in cases related to harassment whereas, 40 percent rise in cases of assault for outraging modesty was also recorded.

Four cases of gang rape were reported from the state in a period of just 24 hours.

The incidents were reported from Raisen and Bhopal and two of the victims in the four gang rapes are minors.

Overall, crimes against women have gone up by 33 percent under the BJP government.

The Centre should take harsh steps towards perpetrators of such crimes.

It’s high time that both, the Centre and state governments understand the importance of women safety and ensure protection of women.