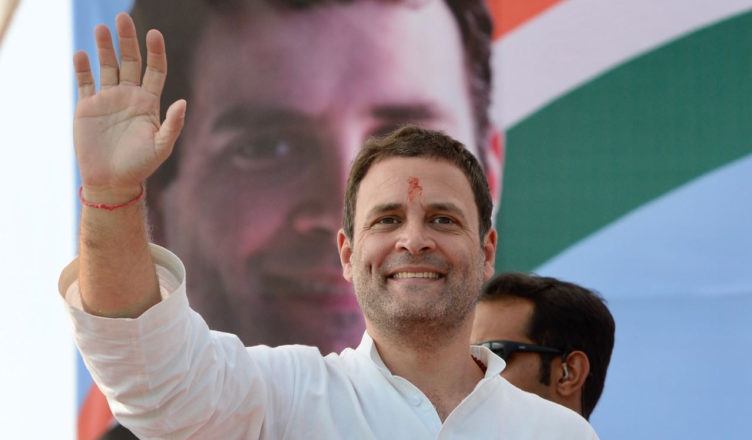 Congress President Rahul Gandhi is from one of the strongest families of India, but the fact that he is compassionate and grounded sets him apart from all and makes him an ideal leader.

The leader set another example of his kind nature yesterday.

It was her 107th birthday and she wished to meet ‘handsome’ Rahul Gandhi. Then, what…Congress Chief called and personally wished her.

It all started when a Twitter user by the name @SikandDipali tweeted about her grandmother’s wish to meet ‘handsome’ Congress President.

Today my grandmother turned 107. Her one wish. To meet @OfficeOfRG Rahul Gandhi ! I asked her why? She whispers … He’s handsome ! pic.twitter.com/k3wUaSMKfE

Within hours, Rahul Gandhi responded to her tweet, conveying his wishes and a ‘big hug’.

Dear Dipali, Please wish your beautiful grandmother a very happy birthday and a merry Xmas. Please also give her a big hug from me. Best, Rahul. https://t.co/lcp8NUa8Di

Later, we also got to know that Rahul Gandhi had called and personally wished @SikandDipali’s grandmother.

And as if this was not enough @OfficeOfRG Mr.Gandhi called and personally wished my Nani!! This is #TrueHumaness. Thank you all of you for the blessings for her . Each one of them matter. https://t.co/ftvZ1pmhsJ

Rahul Gandhi has recently been elevated to the post of President of the Congress Party.

India is in a dire need of such a young leader, who can lead from the front, has the will to work, is enthusiastic, has a new and positive approach towards issues and above all, the one who understands the new India and binds the people together.

Fortunately, Rahul Gandhi stands true to all of it and truly deserves to be the one guiding India, taking it to new heights and remaining kind and compassionate at the same time.