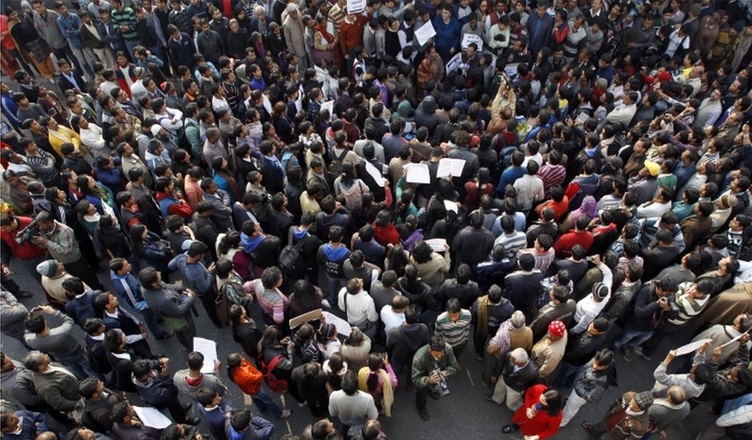 Grief-stricken by the callous attitude of the Bharatiya Janata Party (BJP)-led Central government, over 100 mass organisations will hold marches in all state capitals on May 23 to protest against the “anti-people” policies of the Centre. ‘Protest Day’ would be observed on the same day by the Jan Ekta Jan Adhikar Andolan (JEJAA), an organisation which consists of trade unions, peasant organisations, agricultural workers, state and central government employees, bank and insurance workers, college and university teachers, students, women, Dalits, Adivasis, and environmentalists.

The protest would lead to the launch of series of struggles which people especially workers, peasants, women and youth have been undergoing due to the government’s devastating policies. “The campaign would put forward the slogan…either the government changes its policies or people would change the government,” said Hannan Mollah, a member of the JEJAA coordination committee.

The leaders of JEJAA also lashed out at the BJP-RSS for spreading communal hatred and violence. They pointed out towards how the democratic institutions are being compromised, Dalits and minorities are being oppressed, women are being raped, law and order has deteriorated even more.

“Democratic institutions have been taken over by RSS cadres. The law and order situation has become the worst ever in the BJP-ruled states with mobs and gangs roaming free on streets lynching people and they are being protected by those who are in power. It is a war against the Modi government,” Atul Anjan, another member of the coordination committee, said.

What is even worse is the BJP-RSS leaders shamelessly protecting the perpetuators of crimes such as rapes, riots, encounters etc.