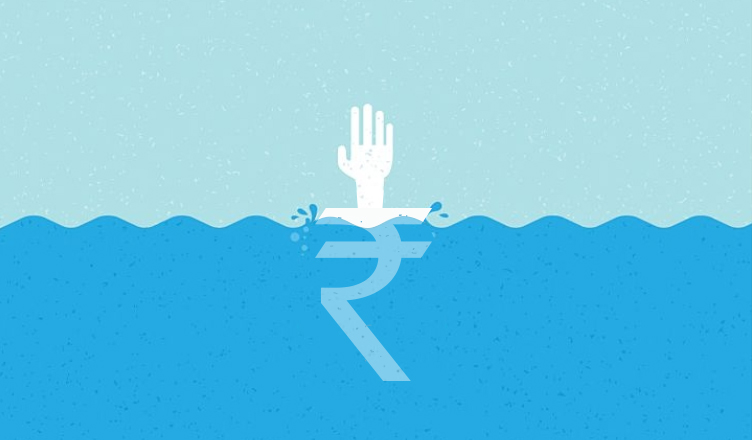 While the Modi government has planned mega publicity blitz on completion of 100 days in office, the Indian economy has undergone one of its worst phases ever in the same period.

The beginning of the second term of the Modi government was greeted by the lowest gross domestic product (GDP) growth for January-March  in five years at 5.8 per cent.

It was followed by another growth figure for April-June, which came in at 5 per cent, the lowest in six years.

Looking at the gross tax collections, it has been only 6.6 per cent in April-July, whereas the required growth rate is 18 per cent over the provisional actuals of 2018-19.

“The first 100 days have been unremarkable, in that it simply looks like a continuity of the last term, not as if the government has got a mandate for another five years. It appears to be business as usual, in which nothing is seriously being done to deal with the problems,” Business Standard quoted Pronab Sen, former chief statistician of India, as saying.

Since the swearing-in of the BJP-led NDA government, FPI outflows have totalled nearly Rs 30,000 crore, the Nifty has dropped 7.7 per cent and the Sensex has dropped 6.4 per cent.

“Objectively and constructively speaking, things could have been better. While the worsening of the global macro-economic environment has been in play, the domestic factors have exacerbated the current economic sentiment with two consecutive GDP prints coming below 6 per cent,” Business Standard quoted Shubhada Rao, chief economist with Yes bank, as saying.

Tata Motors CEO and Managing Director Guenter Butschek on Thursday said that the Indian automotive growth story is about to collapse due to ongoing slump escalated by various factors such as liquidity crisis and low consumer sentiment.

“Let’s actually take it in a very dramatic way and let’s conclude, the Indian Automotive Growth story is about to collapse,” Butschek said while speaking at the annual convention of Society of Indian Automobile Manufacturers (SIAM).

It was reported in August that a prolonged sales slowdown deepened the labor crisis in India’s automobile industry with almost tens of thousands of workers losing their jobs in the past few months. There has been a downsizing of almost 40,000-50,000 labor force at Gurugram and Manesar the largest automotive hub in INDIA. The situation is also severe in Pune and Chennai where the automotive industry flourishes.

Indian automaker Mahindra and Mahindra Ltd (M&M) said it saw a “huge danger” of job losses in the ailing domestic auto sector, as it sought government intervention, including tax reductions to revive demand. M&M said in a statement it was only able to maintain margins due to falling commodity prices and the government must reduce the goods and services tax (GST) rate to spur demand.

Maruti Suzuki, the country’s biggest carmaker, cut its temporary workforce by 6 per cent over the past six months, Reuters reported. There is little sign of a revival.

Tata Motors had week-long shutdowns at four of its plants in the month oh July, while Mahindra has said it had 5-13 days without production at various plants between April and June. A statement from Tata Motors said it has aligned production with demand and adjusted the shifts and temporary workers.