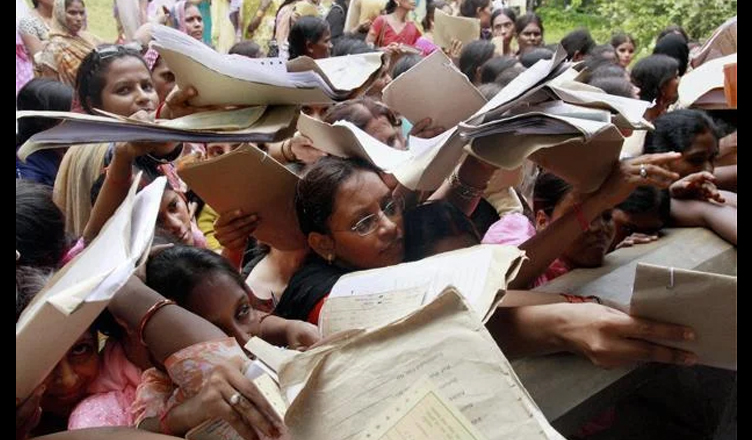 The recruitment for various central government jobs such as the Staff Selection Commission (SSC), Union Public Service Commission (UPSC), Railway Recruitment Board (RRB) and the Food Corporation of India (FCI), issued after January 14, have not taken the 10 per cent reservation for economically weaker sections (EWS) in the general category into consideration.

It is to be noted here that the EWS quota came into effect after the Constitution (103rd Amendment) Act was passed on January 14 this year.

According to The Indian Express, candidates from across the country are disappointed by this development and have raised their concerns over the delay in implementation of the quota.

“The new policy is beneficial to the poor and the disadvantaged. However, there is no attempt on the part of the government to provide relaxation in age and attempts to lakhs of job aspirants from the EWS category. This is evident from the SSC, UPSC, FCI and RRB notifications released after the EWS reservation implementation,” a job-seeker from Delhi who didn’t want to be named told The Indian Express.

“Hopes among lakhs of EWS youth have now turned into despair. There is a feeling that the decision was politically expedient and the government is not sincere in its implementation. We are feeling cheated and have started protesting and expressing our genuine anger on social media through Twitter campaigns like #EWSJumla ,#agerelaxation4ews),” The Indian Express quoted another candidate from Delhi as saying.

Similarly, for SC/ST candidates and candidates from Jammu and Kashmir the age limit is 37, whereas it is 42 years for persons with disabilities and 35 years for ex-servicemen.

One thought on “10% EWS quota not implemented in UPSC, SSC & RRB notifications”