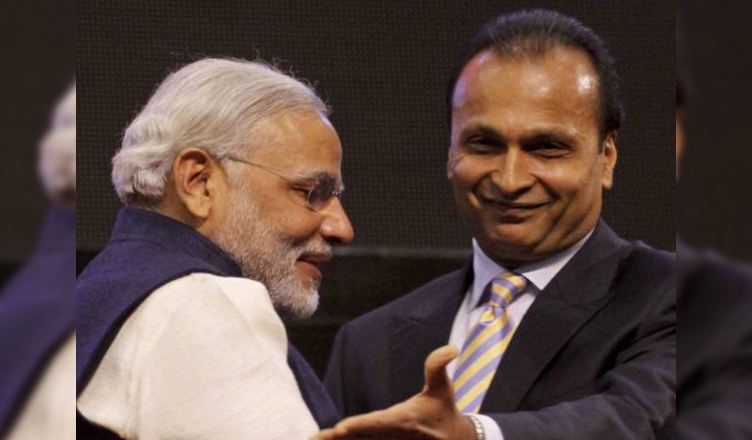 Congress President Rahul Gandhi rightly questioned the Modi Government over handing the contract of manufacture of fighter joints to a company which had no experience in manufacturing jets.

On April 10, 2015, Prime Minister Narendra Modi, on his visit to France, announced a deal with France-based Dassault Aviation Limited to supply 36 Rafale fighter jets to India. The French company then entered into a joint venture with an Indian company.

That Indian company was none other than Anil Ambani’s Reliance Defence Limited.

It would have been a normal joint venture had the Ambani’s company had a prior experience in manufacturing jet or was an established company. However, it did not fulfil either of these two parameters.

Of first, Ambani’s Reliance Defence Limited was floated just 10 days before PM Modi’s visit to France. The company’s date of incorporation is March 28, 2015, whereas Modi visited France on April 10, 2015.

Secondly, the company was started with a paid-up capital of only Rs. 5 lakh.

Even the authorised capital of the company was the same as its paid-up capital i.e. Rs. 5 lakh.

It is unlikely of the government to hand over a deal worth a thousand of crores to a company with an authorised capital as low as Rs. 5 lakh.

“The Modi government first allowed a company with a ₹5,00,000 authorized capital to sign a deal worth thousands of cores and later changed the clauses of the deal laid down by the previous UPA government to benefit one man,” National Herald quoted an expert saying.

This can be substantiated by a quote given by a French Ministry source as quoted by Reuters, “the deal announced in 2015 was separate from the original negotiations.”

The Congress Chief rightly questioned the government over snatching the deal from HAL and Karnataka youth and instead giving it to a businessman, who had not built a single airplane in his life and had a debt of ₹35,000 crore.

“I have told the truth about the Prime Minister, and now he cannot meet my eye. He is not a Chowkidar (watchman), he is a Bhagidar (collaborator),” Gandhi had said.

2 thoughts on “10-day-old Reliance Defence Limited was handed over Rafale deal. Why?”